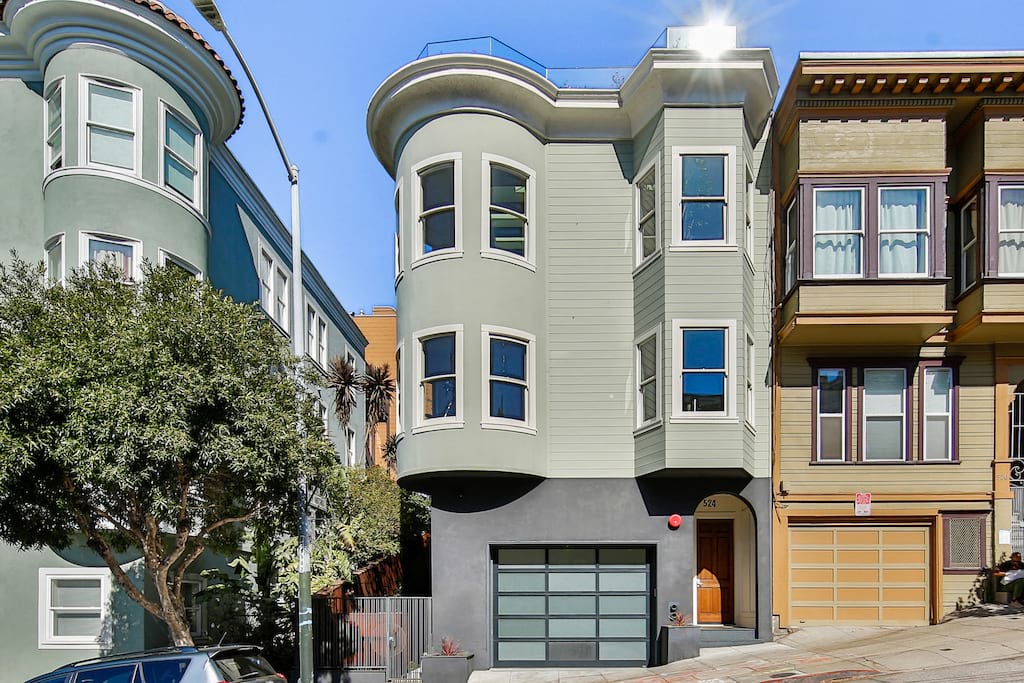 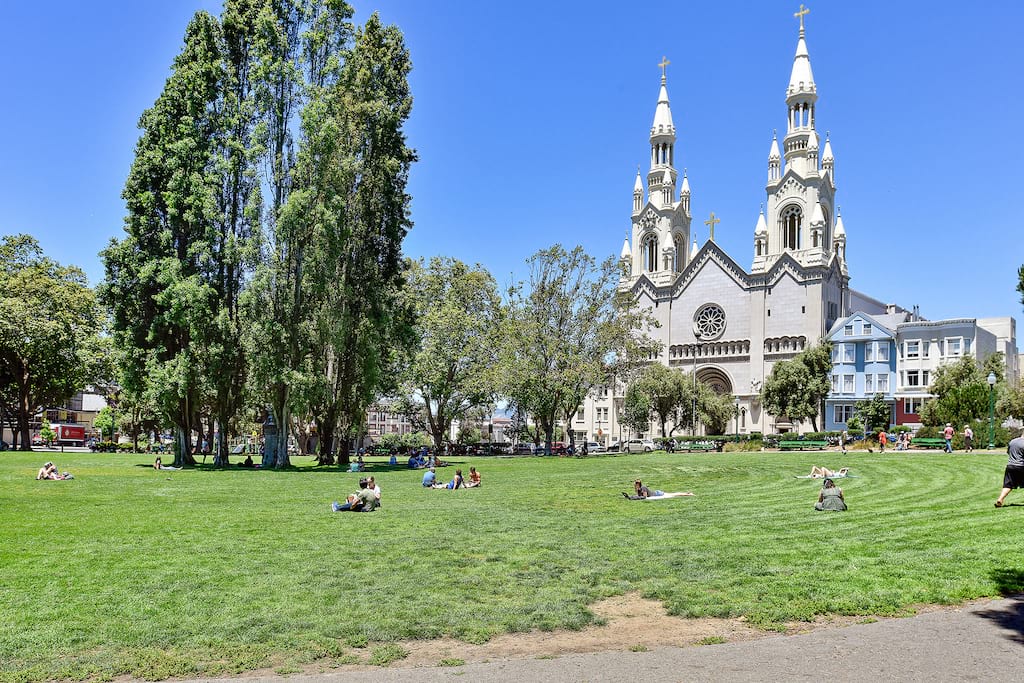 Situated where Telegraph Hill meets North Beach, 524 Vallejo offers the rare opportunity to have iconic views and walkability to world-class restaurants and amenities from your home. Comprehensively renovated in 2016, the home seamlessly blends a historic San Francisco exterior with a clean, modern yet warm interior.

An abundance of natural light illuminates the flexible floor plan providing a perfect daily sanctuary as well as an elevated entertainment experience. An elevator serves the home from the garage to the main level.

The main level of the home features an open chef’s kitchen, dining, and family area with impressive views of the City. A large ensuite guest bedroom with full bathroom can be used as a media room or living room. The level is completed by a powder room and a large storage room with washer and dryer.

Below the main level, the bedroom level boasts three bedrooms, and 2 full bathrooms. A splendid master bedroom with a spa-like bathroom provides a retreat after a long, hard day. Two other bedrooms and a full bathroom complete the level. An additional ensuite bedroom with direct access to the side yard and separate entrance is found at the entry level of the home. This flexible room can be used as a gym or office.

At the very top of the home, the pent-level excludes a dream-like quality. The spacious pent-room has a full bathroom and closet, and accordion glass doors lead to a large roof terrace with built-in barbeque and sparkling views of the San Francisco skyline.

The home has a large two car garage with ample storage.

Coit Tower, named after the heiress who donated the funds to honor San Francisco's firefighters, dominates the skyline of this residential community just above Chinatown and North Beach. While steep, the slopes of Telegraph Hill lead to the financial district, Fisherman's Wharf, and the waterfront, making this an extremely walkable neighborhood. The Filbert Street Steps, one of the many wooden walkways that crisscross this community, provides a pathway up the hill from Levi Plaza. Fortified with a meal from Il Fornaio, climbers can take the steps to Coit Tower, past flowering community gardens, and towering trees colonized by rowdy flocks of escaped parrots now gone feral. The view from the top of Coit Tower draws tourists from around the world.

This is a success message